Kalahari was awarded Premium Status with an outstanding inspection score of 9.0 at her ISR/NA foal inspection in 1993. At the time, she was at the side of one of Silverhorne’s own Foundation Mares, MSB Greta. Her pedigree carries exceptional Hanoverian blood and the AHS readily accepted her into the registry in 1997 as she carries all Hanoverian blood. As the highest selling weanling at any U.S. auction in 1994, Kalahari was the Reserve Champion Filly at the West Coast Sporthorse Classic Foal Championships with a score of 9.5 and again in 1997 she was the Champion 3-Year-Old Mare at the WCS Series of Breed shows.

Very refined and elegant thanks to the large degree of Thoroughbred blood, she is a classic hunter mover and was added to the program expressly to cross with Sir Caletto and because her dam, Greta, was already a major part of the Silverhorne breeding program. Her addition to the program was support by our observance of Kalahari’s get by outside warmblood stallions which resulted in typey and elegant foals that were breed show champions with exceptional movement. By example, she produced a super 1998 colt by Pointmaker, Pagemaker, who won 4 first places and was Reserve Champion Junior stallion and High Point Hanoverian with a 85% at Glenwood Breeders Classic; her 1999 colt, Danbury by Diamont was USDF Young Horse Reserve Champion for the series; her 2001 filly Demoiselle by Diamont was Reserve Show Champion at one year of age: her 2002 colt Dabadi by Domiro placed first in his only breedshow class and sold well. Kalahari’s offspring by Sir Caletto are typey and very suitable for amateurs with pleasing dispositions. 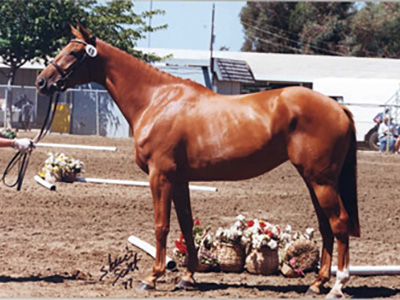 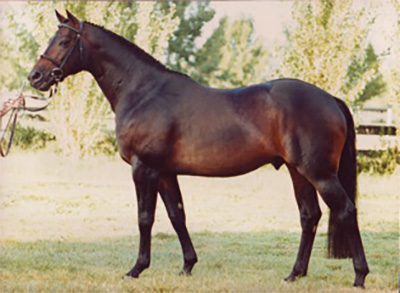 Kalypso was a stallion of very modern type by the Stakes-winning European Thoroughbred Kronenkranich xx, a descendant of Bold Ruler xx. He was approved for breeding by both AHS and Oldenburg/ISR. Excellent jumping ability is delivered through the blood of Ferdinand, Grande and the incredible likes of Servus himself on the bottom side of the pedigree through Guter Fang. Kalypso was able to stamp his modern type on traditional warmblood mares while maintaining substance and bone. Notable Kalypso offspring include the elite Hanoverian Mare, Kharisma, who sold as a two-year-old for $26,000 at a Glenwood Auction in 1993. 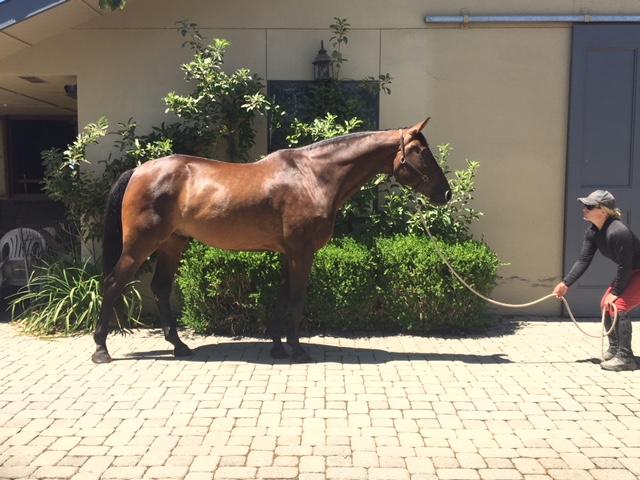