Susie (Servus) shares the same parentage as Spartan, being the only full-blood, living sister to the stallion who is now sadly deceased but whose blood lives on very successfully both in Germany and here in California through the mare Susie and her daughers. Susie came into the breeding program in 1998 via the Glenwood Auction sales effort. The mare has delivered consistently athletic offspring that have succeeded regularly both in sales, re-sales and competition. They are loaded with suspension, elasticity and scope and 3 very rideable gates.

Offspring Hallmarks: big, free shoulders, ground-covering gaits and noteworthy round bascules backed by impressive suspension and corresponding scopiness. According to German showjumping records, Susie’s dam Gottilde has been called one of the best show jumper-producing mares of all time. Her pedigree brings two famous jumper lines into play, Gotthard and Servus. The Gotthard G-line is well documented and the Servus blood is enjoying a special resurgence of interest in Germany thanks to Stakkato, and is already recognized as one of Germany’s most prepotent jumper lines, earning an astonishing jumping point index of 169 points and his offspring are in great demand. Silverhorne was well advised back in 1997 by a knowledgeable German to add this mare to the breeding program. 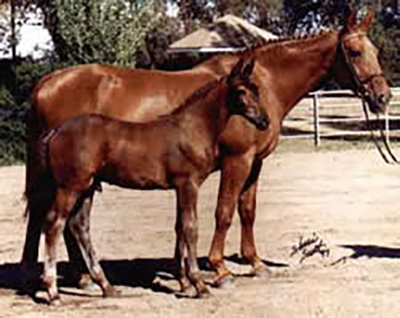 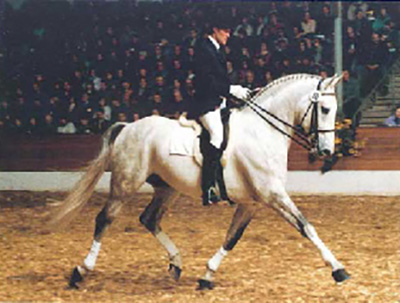 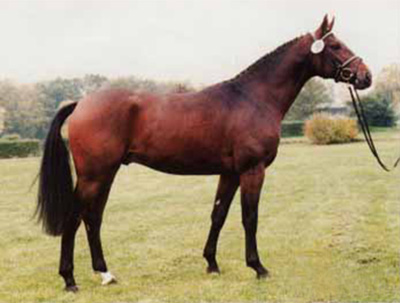 Grand Prix level in the USA under Sasha Himmelmeyer and his bay son, Stakkato, under Eva Marie Bittner, was awarded the title to “16th Hanoverian Stallion of the Year” according to the cover announcement of the Hannoveraner Verband Newsletter/2007. Before Stakkato, there were fifteen other Hanoverian Stallions of the Year. He is the first S-line stallion to hold the coveted position in the history of award.

Born in 1982, Susie’s brother, a grey colt, is bought as a stallion prospect.  He  becomes licensed, is named  Spartan, successfully completes his stallion testing and disappears across the ocean to American to compete to Grand Prix level.  In 1992 he returns to Germany.  On the second Hanoverian private stallion show in Verden, Andreas Mundt presents him.  He at once has him sold with the caveat that he could buy the stallion back when retired from performance.  Instead, Spartan becomes the eye-catcher of the Verden show.  Silver coat, big, open eye, powerful push-off, then the combination of two important bloodlines (Senator & Goldfisch II), which in spite of high popularity steadily become rarities.

Spartan is stallion performance tested in Adelheidsdorf and earns a remarkable score of 122.31 (10th/56 stallions). He sires Stakkato, the Federal Bundeschampionate Jumping Champion. Stakkato  becomes impressive from his stature and his outline, and he also proves himself as a most important producer. His breed value jumping index lies at an exorbitant 169 points. For the uninitiated, the breed value index is a well established, decades long effort by the warmblood registries for testing and evaluating mares and stallion sons for heritability traits in jump, movement and conformation. The German Hanoverian registry excels at the annual documentation under the direction of Dr. Ludwig Christmann and produces the breeders Bible, The Breed Value Index.

In 2008, 188  Stakkato descendants are registered as competition horses, including 21 which compete at the S-level in Europe. In stallion or mare performance test nobody is surprised any longer, when Stakkato descendants receive a 10 for jumping. Style (169) and ability (159) of tested mares show that the security of Stakkato’s heredity with respect to jumping is excellent as is  rideability.

793 descendants are registered in Hannover, including 107 broodmares (26 state’s premium mares) and 17 sons are liscensed with 11 entered into the Stallion Book I. Forty-five (45) Stakkato foals and fourteen (14) riding horses have been sold through Verden’s auction program as of 2007 with number steadily climbing. This same “blood” is found in 60% of the breedstock in Silverhorne’s program through Susie as well as daughters Princess Papaya, Palestrina and Good Girl.  Another Spartan daughter, EM Sienna (Spartan/Argentinus), was imported and added to increase this most dependable of jumping bloodlines. 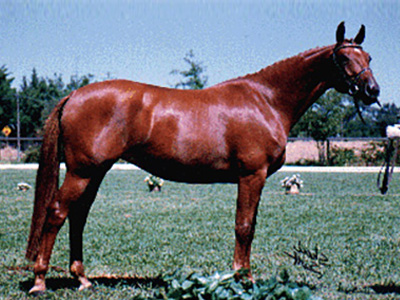 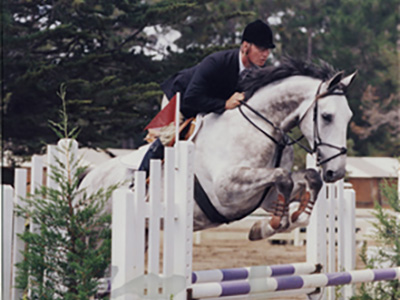 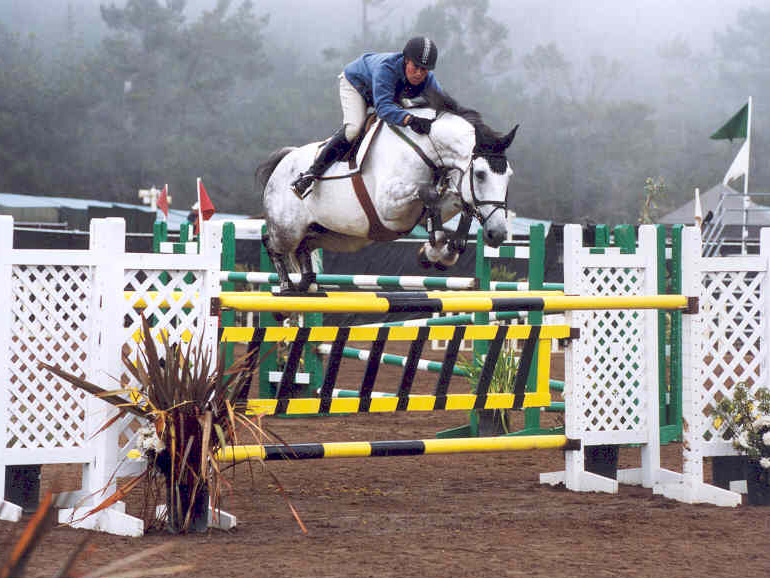 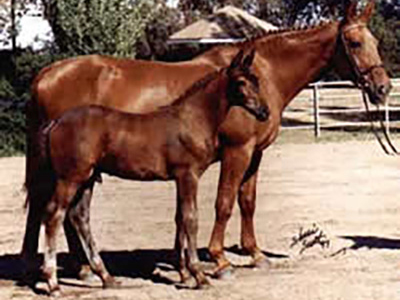 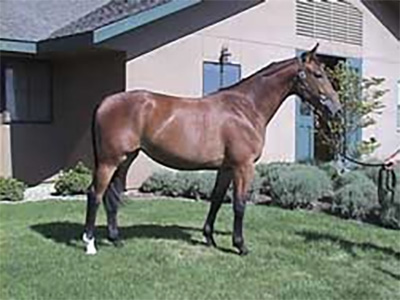 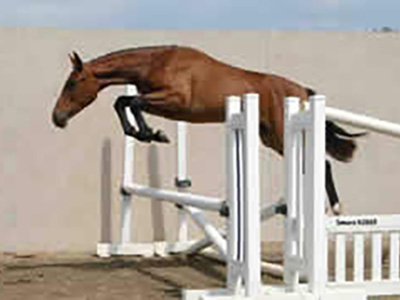 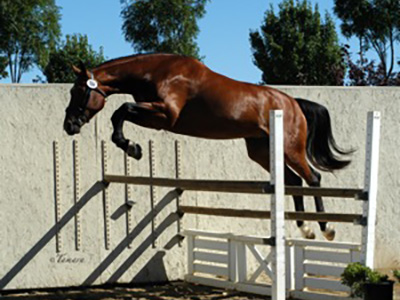 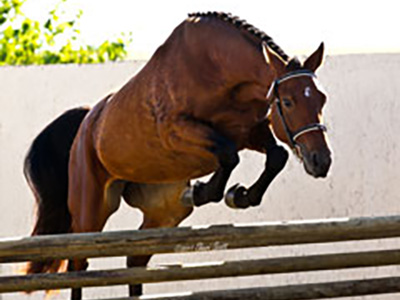